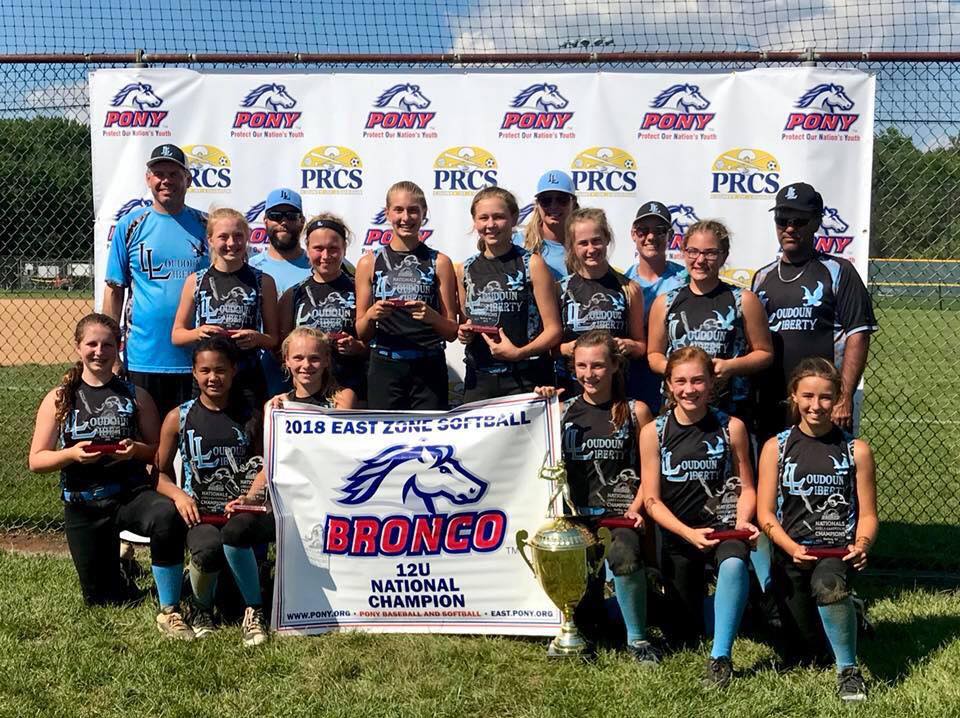 The Liberty Blue 12U team capped off a remarkable season by winning the PONY Nationals Bronco Championship. The team did not have to travel for for this event, which was held at Claude Moore Park and Potomac Lakes Sportsplex in Sterling, VA. They made the most of their time, sweeping in group play and going 2-0 in bracket play. When it came to Championship day everything was on the line, with a single-elimination 8 team battle. Liberty handled the first two games easily, but in the finals PA Banshees Red would not go down without a fight. In the third meeting of these two teams in this tournaments, the game stayed closed. Liberty prevailed, however, with a 4-1 victory and the champion’s trophy. Congratulations!

See highlights from the championship game, as well as an interview with Coach Todd below: